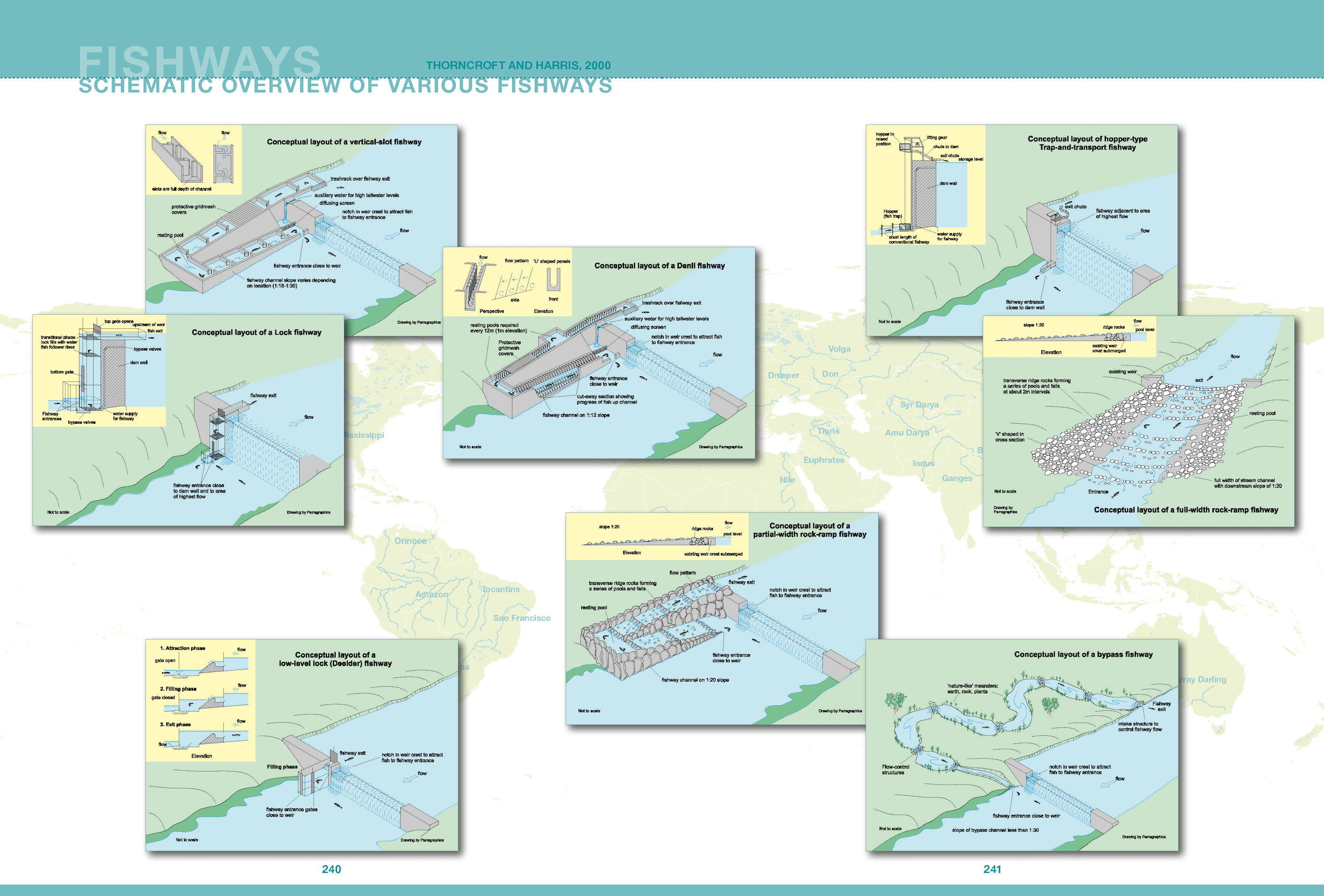 Many freshwater fish species around the world need to migrate for their survival. During their journey they often encounter man-made barriers, such as dams and weirs, which impede their migrations upstream or downstream of barriers. A well known solution to this problem, is the construction of a fishway that allows fish to pass a physical obstacle. From as early as the 18th century, fishways have been implemented. Over the decennia since then, knowledge, technology and experience have developed substantially, resulting in many different fishway designs specific for different regions or fish species. This can vary from a nature-like fishway to a lock fishway (see above figure, taken out of the From Sea to Source 2.0 book). In the From Sea to Source 2.0 book there are various examples of fishways and fishway designs.

Along with the many new insights into fishway effectiveness and efficiency, there is more evidence to suggest that fishways are not the ultimate solution to fish passage. In some cases the presence of a fishway has been shown to impact fish populations, as was shown by Pompeu and his colleagues in Brazil (Pompeu et al., 2011). In other cases, the post-construction management and maintenance is often neglected, particularly in developing countries, which not only leads to severe gaps in important information about the performance of fishways, but also hampers the advantages that the fishways provide.

From more information, see the From Sea to Source 2.0 book or the various best practice guidelines from your region. In Europe, the DWA, 2014 guideline (Fischaufstiegsanlagen und fischpassierbare, Bauwerke – Gestaltung, Bemessung, Qualitätssicherung. Merkblatt DWA-M 509, D-Hennef.) and the CEN/TC 230, 2018 guideline (Guidance for assessing the efficiency and related metrics of fish passage solutions using telemetry, version 2.81), both offer comprehensive overviews of fishways. 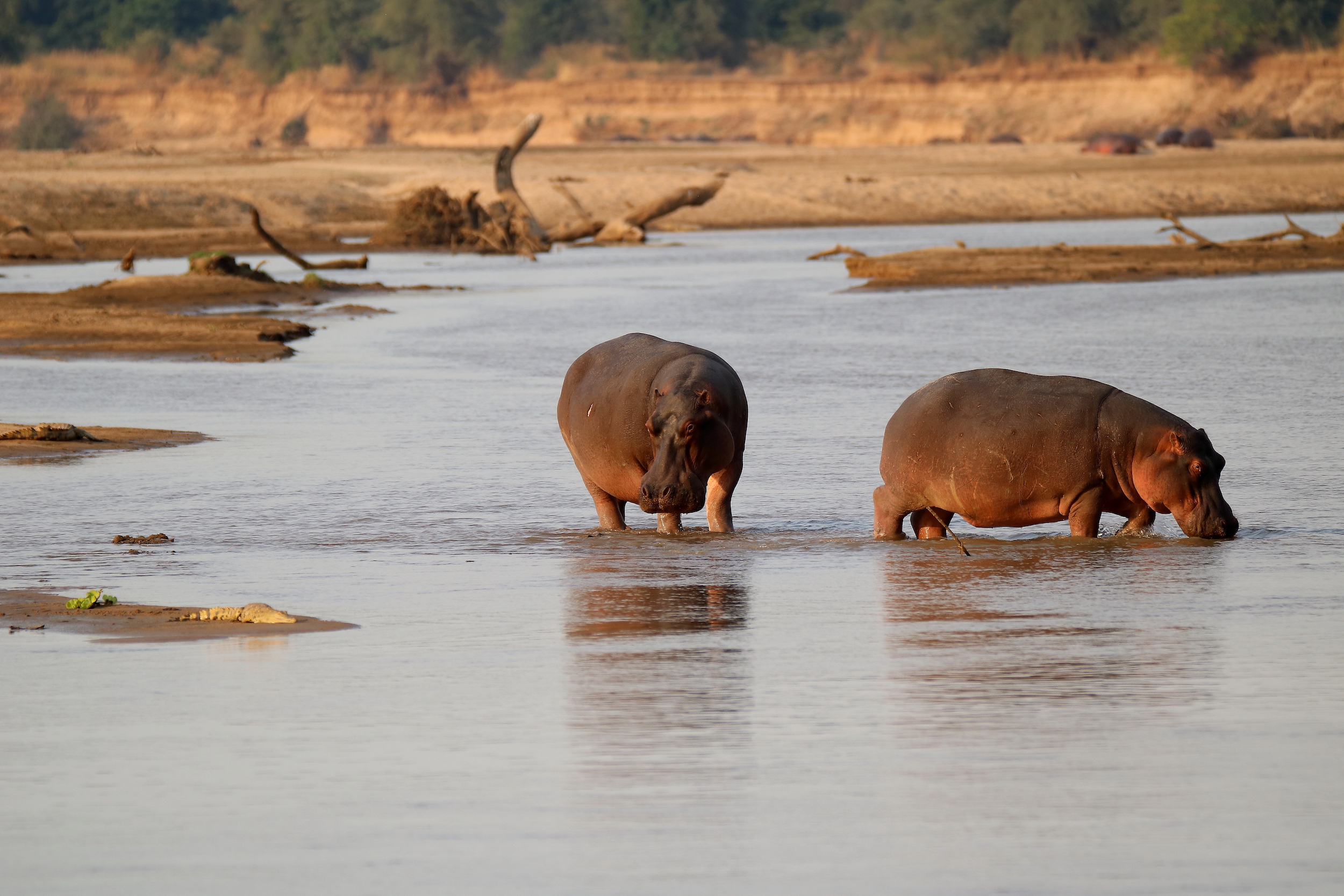 Freshwater migratory fish do not only migrate upstream and downstream for their survival, but can also migrate laterally onto floodplains. The term “lateral migration” in this context refers to fish moving between the floodplains and main tributaries and rivers.  In the Zambezi River, an impressive river flowing through nine countries in Southern Africa, fish species that migrate laterally onto floodplains is a common sight. In the rainy season thousands of individuals move between the rivers and floodplains. Many of the >31 fish species embarking on their annual migrations onto the floodplains are migrating to spawn and/or to avoid predation of large predators, such as the tigerish.

In one of the major river systems in the Zambezi catchment worth mentioning is the Luangwa River. The Luangwa River, is the largest free-flowing river in Southern Africa, with a high biodiversity of aquatic species and wildlife. It is home to one of the highest concentrations of hippopotamus in Africa and to the newly identified endemic killifish species (Notobranchius boklundi), which exists within the floodplains. The Luangwa is also one of the many rivers that are mapped in the global assessment of free-flow rivers by WWF and McGill University – a fantastic overview of free-flowing rivers and their value: http://www.free-flowing-rivers.org/about.

For more information about fish passage and free-flowing rivers in Africa you can download the book: From Sea to Source 2.0. 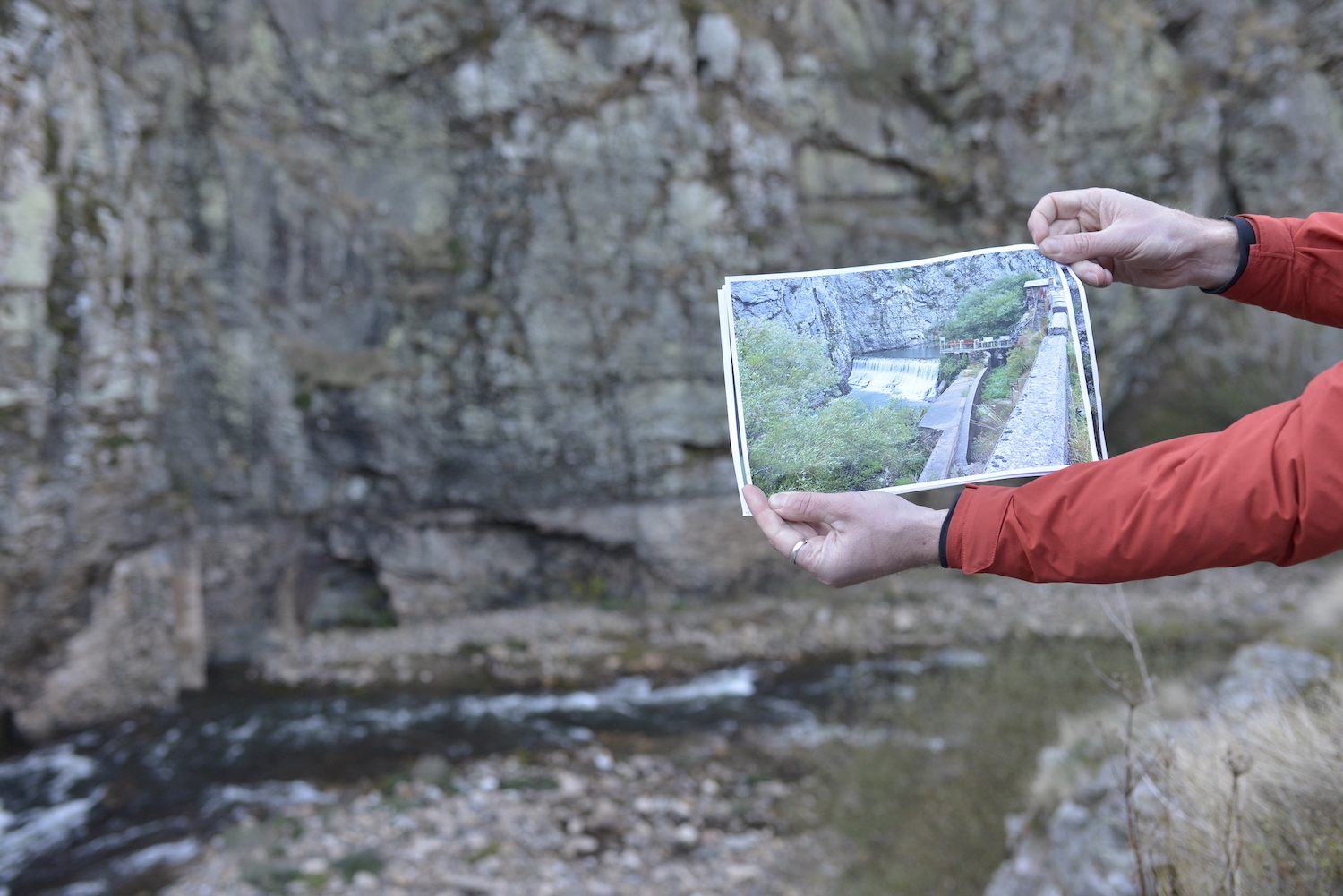 In celebration of the new Dam Removal Europe Facebook page, this post is about why dam removal is a good solution to restoring river integrity and functioning.

There are thousands of solutions to restore rivers and their ecosystems around the world. According to many experts, one of the best solutions is to simply remove barriers from the rivers. That basically means taking out a weir, a dam or a blockage from the river.

The major advantage of this, is that the river can flow unhindered and go back to functioning naturally. You may be asking yourself: “why would this be important?”

The answer is that ultimately a naturally flowing, healthy and balanced river can help ensure that there:

There are thousands of dams that have been built over the years, however, many of them now do not have a purpose, have become a safety hazard and/or are an economic drain. In the From Sea to Source 2.0 book the incentives for dam removals are further detailed.

Here are two examples of how a dam removal has improved the economy of an area:

Of course the removal of a dam can be a really expensive endeavor, but it also doesn’t have to be. For example removing a small dam can cost as little as $2,000.

Do you want to know more?

There are currently many sources of information online, ranging from smaller watershed groups to large organisations. Here are some examples of the sources of updated information about dam removals currently available online:

The annual number of dams removed in the USA from 1912 to 2017 according to American Rivers. Copied out of the From Sea to Source 2.0 book: 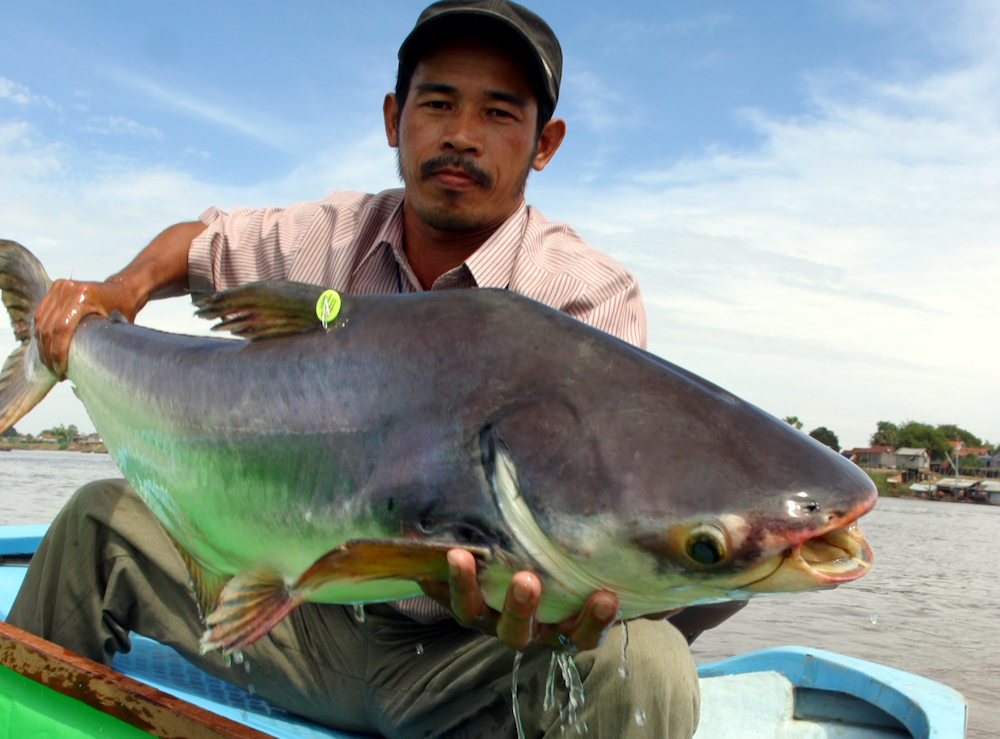 The Mekong River is among the most impressive river systems around the world.

It covers an area of 62,520 km2. This is almost double the total land area of the Netherlands. In this river there are around 900 fish species – hundreds of which are migratory. It is thus not surprising that the Mekong is famous for its biodiversity and impressive yearly fish migrations onto the floodplains and up river. The value of the Mekong is not only related to ecosystem functioning, but also to its economical and social importance. The fish populations in the Mekong contributes massively to the fisheries industry in South East Asia and is an extremely important food source for thousands of people living along the river.

The threats of hydropower and dams to the region are a major concern. In the From Sea to Source book 2.0 there are two case studies that highlight these threats and suggest applicable solutions.

Have a look at the Mekong Fish Network. They have a great website and newsletter, with news and project information from South East Asia 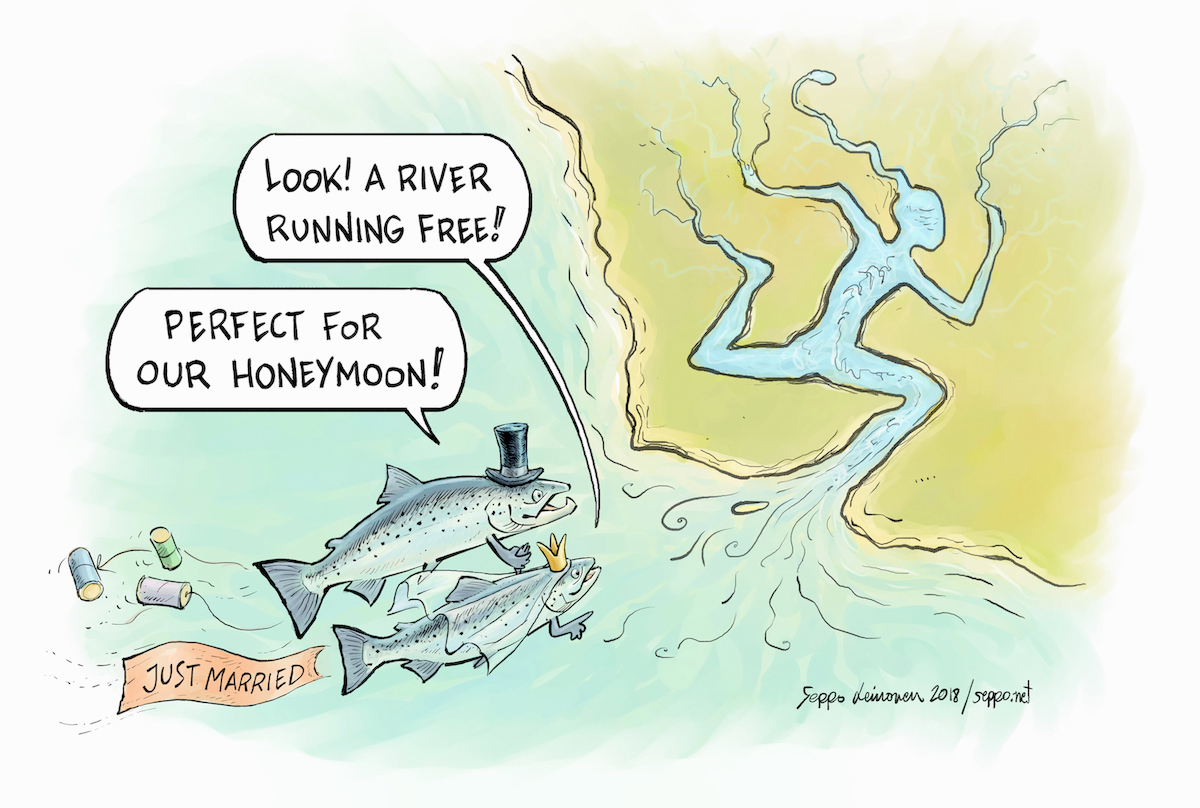 We all know that rivers consist of many different components such as water, vegetation, rocks, fish, invertebrates, birds and sometimes crocodiles.

Organisations like the World Wildlife Fund (WWF), The Nature Conservancy, International Rivers and many others have all been working hard to explain this to people around the world.

Here is a great summary of how free flowing ecosystems provide social, economic and conservational value to people all around the world from the From Sea to Source 2.0 book: www.fromseatosource.com. More can be found in the WWF (2006) report: Free-flowing rivers – economic luxury or ecological necessity? Zeist: WWF Global Freshwater Programme 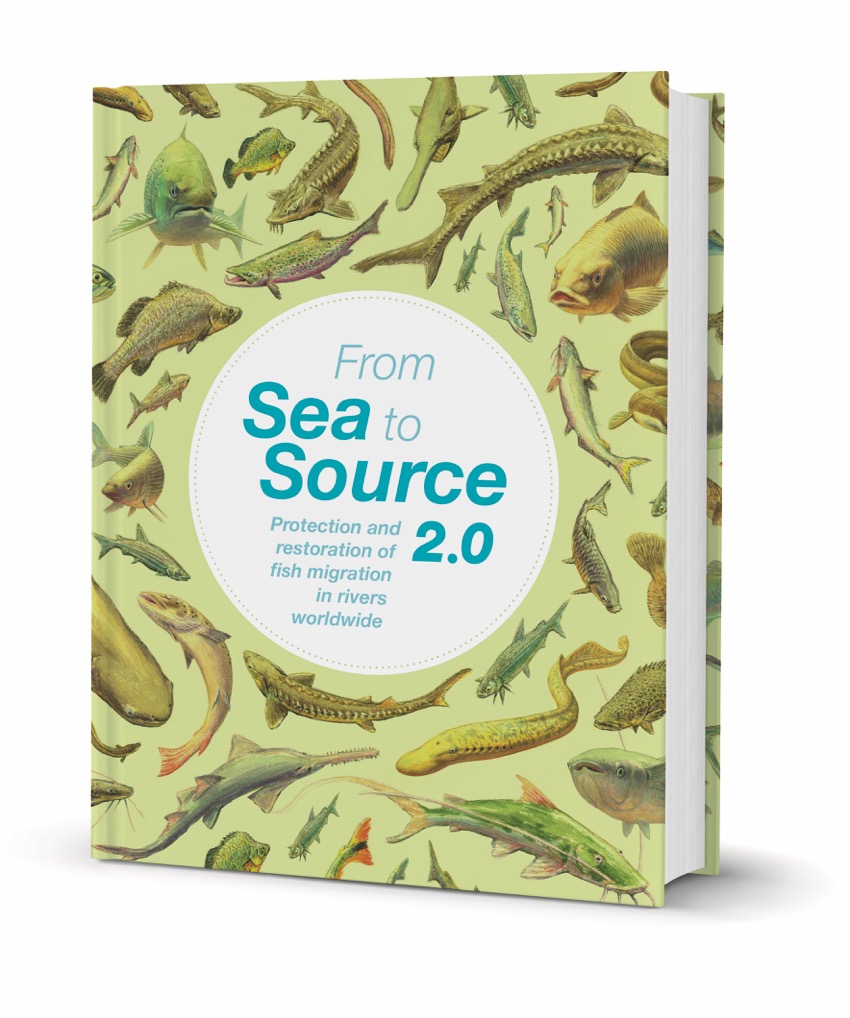 Fish Passage community around the world is growing at an astounding rate. There are more and more success stories, stories about challenges, media coverage and public awareness than ever before.

To really get a good understanding about what is currently happening around the world on these topics, a group of fish migration experts and visionaries came together to write an updated version of the From Sea to Source guidance, which was published in 2012.

This new updated book can be used as an A-Z guide for protecting and restoring migratory fish populations.

This can be downloaded for FREE at www.fromseatosource.com.

In the next months, I will make a series of some of the amazing work and highlights from the book.